Encore Opens, Pilgrim Closes, And DC 35 Is There by Charles Fogell

Summer is here, and the work keeps rolling along with an economy that has stood strong for some time now. All the crafts represented by your District Council have seen ample work opportunities over the recent months and there are no signs of slowing down. We cannot rest our laurels on the jobs we have going now, and we must continue our efforts to organize and create new opportunities for our members.

On the casino front, the day has finally come and we have seen the doors swing wide open on the new Encore Casino and Resort. A grand celebration was had for the opening, and they are filling the house every day with multiple egress options from boat to bus and everything in between. Encore is now the third venue of four to open the doors for gaming and slots now joining Plainridge and MGM Springfield. The fourth venue remains in limbo as the Wampanoag Tribe continues to pursue the right to place 321 acres of land in trust in Taunton, Massachusetts. They have made strides with the House in Washington D.C., but the Senate may be a different story, with the Trump Administration not showing signs for approval.

Working with your leadership team over the past few months, we have called for special call meetings at the local unions for allocations for our construction agreement. That agreement calls for two wage and benefit improvements, and our members have voted on the increments that were put forth by our delegates. The new wage and benefit schedules are readily available.

The second special call meeting was for the nomination and election of local union delegates to the 32nd General Convention of the IUPAT. District Council 35 will have a strong contingent of representation at our convention in August as we chart a course and plan of action for the next five years from a national perspective. Congratulations to all the elected delegates and I’m sure they will represent us well.

At the Pilgrim Nuclear Power Station work has begun on the decommissioning of the plant and we have been working with the team in charge of the shut down work with the Brockton and Vicinity Building Trades Council. So far, we have not had a call for protective coatings. When Vermont Yankee was closed we did see some painting and protective coating calls. At the now defunct Brayton Point power plant we witnessed the implosion of the two 500’ towers that cost 600 million dollars to build. We are now seeking discussions for the proposed renewable energy station they are proposing in conjunction with the Southeastern Mass Building Trades Council.

Working with JJ White we are scheduled to be involved with the 4.3-million-dollar renovation of the Cape Cod Potato Chip visitors center in Hyannis. The initial discussions and the most significant part of the work was paint related. In New Bedford, Massachusetts we are seeking to have discussions on the proposed 41,000 square foot, 15 million dollar building at 117 Union St. Permission has been granted to develop the property that will be a mixed use 60’ high building. We have reached out to the Mayors office for some assistance with dialogue through the Southeastern Mass Building Trades Council. Working with the Area Trades Council, a coalition of operators, painters, electricians, plumbers and carpenters, we have been busy with the final details of our recently ratified agreement with Jones Lang Lasalle at the Novartis site in Cambridge. The recently approved pact includes wage and benefit improvements for the members at the site. We have also been working on a settlement with CW Services for a new agreement at the Prudential Building in Boston. We had reached a tentative agreement that was rejected by the bargaining unit, and we have scheduled assistance from a Federal Mediator to secure a new agreement. Lastly, with the Area Trades Council, we are currently working to negotiate a new agreement for our members working at the Museum of Fine Arts in Boston. We have had several meetings with the members, and we are in the early stages of negotiations.

Recently, I attended the 100th Convention of the Massachusetts State Building Trades Council. The event was well attended by all the trades throughout the entire state. President Frank Callahan, a DC 35 member put together a tremendous program and he was recognized for his hard work by representatives of the Helmets to Hard Hats Program.

I have continued my involvement and participation with the Eastern States Apprenticeship Conference. This year’s program was very educational, and it gives us the opportunity to gauge our programs and policies against those throughout the eastern states. I must say that our programs are hitting on all cylinders a credit to our FTI of New England staff. We also graduated a very large apprentice class this year for all crafts. Congratulations graduates!

Over the past month, we also hosted our annual DC 35 retirees’ cookout here at the union hall. This is a well attended event that many of the retirees look forward to.

Our leadership team continues to meet with our stewards on a regular basis for our members working in the construction industry. Keeping a closer eye not only on our work but the well being of our membership has been a positive engagement for our District Council.

Construction Continues To Drive This Economy And It’s Great To See by Joe GuarinoNews, Newsletter: Summer '19 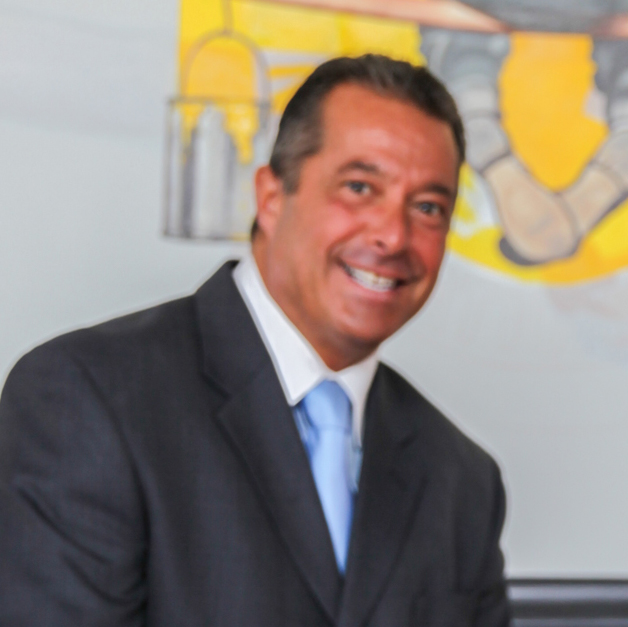 Time To Look Ahead To 2020 by Paul CanningNews, Newsletter: Summer '19