The Worcester Red Sox’ new stadium should be starting construction in July or August with either Consigli Construction or Gilbane Construction as the General Contractor. The stadium will seat 10,000 and one of the most notable features will be a replica of the Green Monster in left field. Along with the ball park, there are plans for two hotels, office space, residential buildings, and two parking garages around the park. This project will be constructed in the Canal District which is near Kelley Square that tends to flood after a good rainfall. Due to this, the City has a lot of infrastructure to do. The Worcester Building Trades are waiting to hear from the City on whether a PLA will be used on the project or not.

Holy Cross College has been holding fundraisers to try and get to the $400 million for construction and other infrastructure improvements. Dimeo Construction has been awarded the construction of the $92-million Center for Arts and Creativity along with the demolishing of the old field house that will be replaced with a new $30- $40 million field house. This job is expected to be done with all union labor, as it is Holy Cross’ custom when any project over a million dollars is built.

The Department of Transportation (DOT) is doing a new headquarters building on Plantation Street, and part of the work is being done by all union contractors: Egan Painting, US Drywall, and A&A Window.

The YWCA has committed to an all-union labor renovation project. 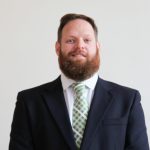