RESETTING THE SCALES OF WORKER POWER BY ROGER BRUNELLE

“Right to Work” – for less – was filed in New Hampshire, as expected, in the State Senate, as S.B. 61.  The New Hampshire Building Trades was ready and prepared to launch their campaign against the bill and its supporters. The Building Trades, led by President Mike Smith from the Ironworkers Union, gathered all of the affiliates together and came up with a strategy to launch a public relations campaign which included TV ads, letter writing, phone banking to the elected officials, and social media ads to lay the groundwork against “Right to Work.”

I worked alongside Bill Legrand, Phil Leary, and the Organizing Department to support the Building Trades and to help mobilize our members in Senate districts. Unfortunately, the bill passed the Senate by a vote of 13 to 11. We always knew that our fight was not in the Senate because we were up against dark money from the National Right to Work Foundation in Virginia. The foundation had donated tens of thousands of dollars to these senators in the last election cycle to pass “Right to Work.”

Our next battle was with the House. Our goal was to get the state representatives to vote against “Right to Work.” We need 20 to 30 Republicans to cross party lines and vote with Democrats to defeat this incredibly bad bill.

With TV and social media ads, we are trying to educate not only legislative figures, but also the general public as to why “Right to Work” is bad for workers and the economy. When you speak to the general public and even some union members, they will tell you that the title of the bill leads them to believe that this is a good thing. This couldn’t be further from the truth.

Like past years, this legislative cycle we are attempting to educate the general public as to why “Right to Work” is bad for New Hampshire’s economy as a whole. Every time The New Hampshire legislature changes power and the Republicans are in the majority, this bill comes up.

Our goal is to get to a point where the general public has a working knowledge of why “Right to Work” is bad for New Hampshire.

We expect the bill to hit the house and possibly be voted on in March, so we need every New Hampshire member to call their elected official and ask them their voting intentions.

In Massachusetts, the wage theft bill has been re-filed with the exact language of the last session. We are working to get as many cosigners as we can for this bill.

The wage theft bill has been filed every session since 2015, and we are hoping that with the change of leadership in the speaker’s office we might be able to move the bill to the House floor for a vote.

Historically, the wage theft bill has taken a very long time to work its way through the legislative process, only to die without action from the full body. DC 35 is working alongside a coalition of other unions and community groups to move this bill forward to the House floor.

The news of Mayor Walsh being nominated by President Joe Biden for U.S. Secretary of Labor has sparked a flurry of activity for candidates vying for the vacant seat. City Councilor Kim Janey, the President of the City Council, will be appointed as Mayor to fill out Mayor Walsh’s term. Councilor Janey has not indicated if she will seek election to her own full term. As we inch closer to springtime, the candidates will become final and the Building Trades will be working on coalescing around one candidate. It will be a very long and deliberative process to make sure that we get this right.

On the heels of a tragic series of events at the capitol in Washington D.C., we finally witnessed a peaceful transfer of power – something that has been done since our first President, George Washington, ended his second term in 1797.

President Joe Biden now has taken the reins to move our country forward and has pledged that labor has a true seat at the table. He has signed a massive COVID-19 Relief Package and is green lighting the PRO ACT.

The PRO ACT is the largest piece of labor legislation in generations. It resets the balance of power between working people and huge corporations and the wealthy 1%.

President Biden’s support for labor has never been more evident than his nomination of Mayor Marty Walsh for U.S. Secretary of Labor. We know firsthand that having a card-carrying Union member in an office of influence is absolutely key to moving working families’ issues into the spotlight of society.

Mayor Walsh’s confirmation signals the reversal of the unfettered corporate agenda of greed and their ability to wage war on workers’ rights and freedoms. But now is not the time to sit back and hope that workers’ climate will magically change. We, as union members and workers, must stand up to fight alongside allies in power to fix the broken economic system, and, if we must, remind them of their promises to the working class and how workers are the ones who are the backbone of our nation. You, as a worker and a Union member, hold the power.

WHEN WE FIGHT, AND WHEN WE VOTE, WE WIN! 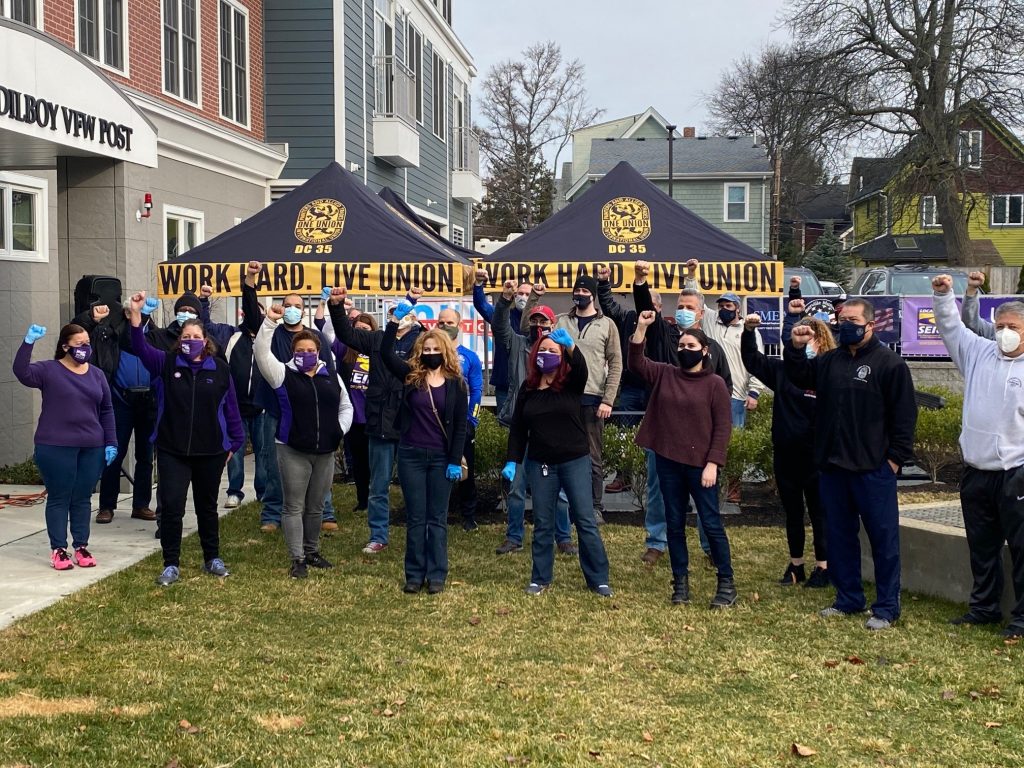 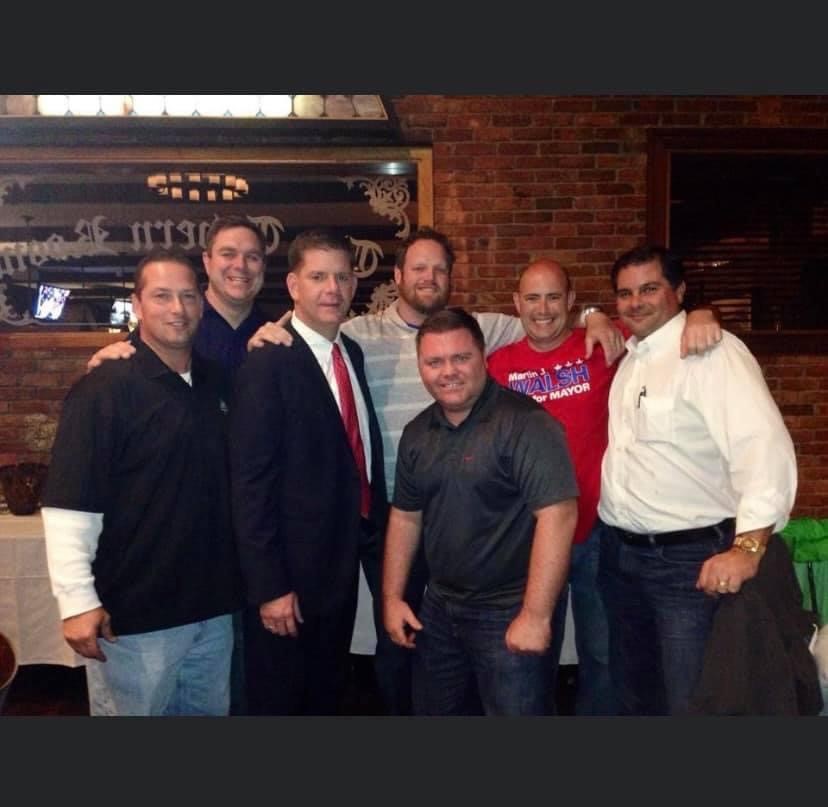 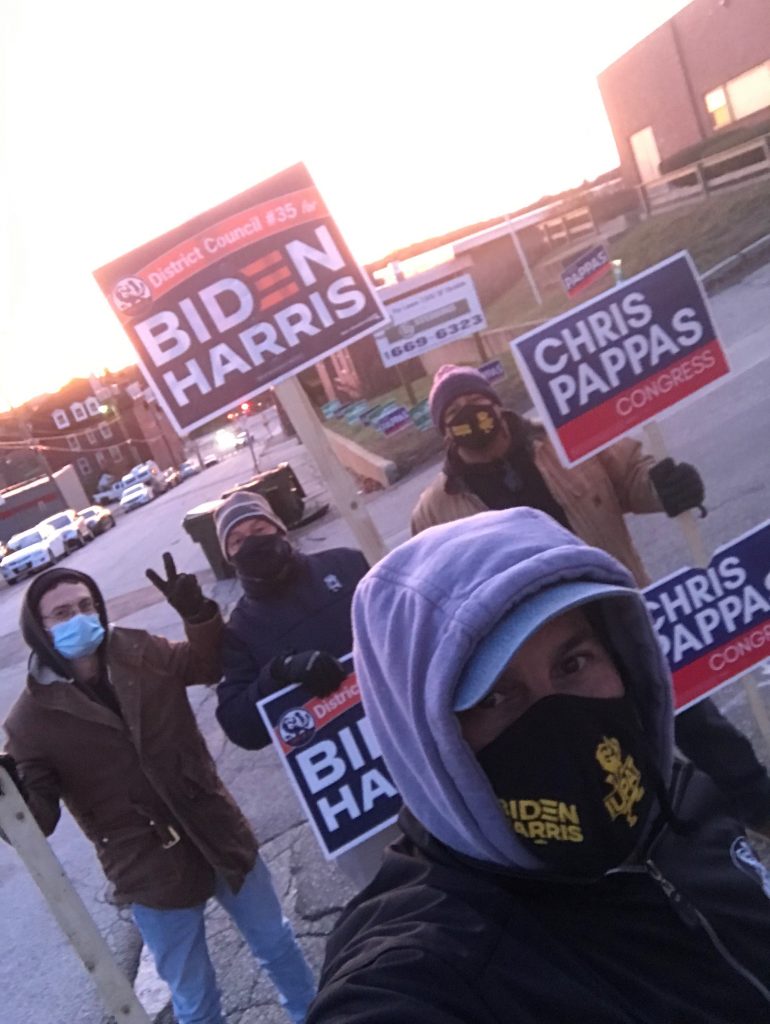 MAKE HAY WHILE THE SUN SHINES BY WAYNE MURPHYNewsletter: Spring '21