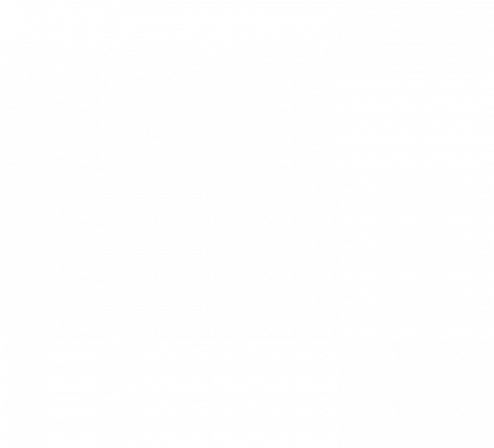 ORGANIZING OUR INDUSTRY BY JORGE RIVERA

I would like to begin by congratulating our very own Bryan O’Sullivan on his well-deserved retirement. I have learned a lot from your cool, level-headed approach to all situations and all of our experiences working together. The advice and wisdom that you have been willing to share with the younger generation made you more than just a great organizer, but a true friend. You are truly an asset not only to the District Council, but the Glazing industry as a whole. Thank you, my friend, and enjoy the next chapter of your life!

With that, I want to welcome Joseph Nardelli to the Organizing Department. As holding a title of Officer with Local 1044, Joe volunteered on many campaigns at the District Council, staying active in the labor movement and spreading the word and educating those that need to organize. He has a way of delivering the organizing message that resonates and aligns with all those who hear it. Welcome to the team, Joe!

The new presidential administration has been a breath of fresh air for the labor movement. Knowing that we have a friend in the White House and that the Secretary of Labor has our back is comforting and a welcome change, but we still have a lot of work to do to protect and regain our rights.

All of the District Councils across the U.S. are banding together to push for the PRO Act to pass, which would give us more power and the right to organize. Organizing is the lifeblood of every union, and the PRO Act would validate that right.

Joe Nardelli and Robert Jelley have teamed up to work closely with Political Director Roger Brunelle, Business Representative William Legrand, and Business Rep/Organizer Phil Leary on the “Right to Work” legislation in New Hampshire. Our organizing efforts to educate members and the public on “Right to Work” have been based in phone banking, leafleting, and engaging with members at park and rides. Our members need to know the importance of reaching out to our elected state representatives to let them know that “Right to Work” is wrong for New Hampshire and will inevitably affect many of our Brothers and Sisters from New Hampshire.

“Right to Work” is just another shot at dissolving unions so that wealthy corporations can reign supreme, and we cannot let that happen.

The fight against wage theft is a continued battle for workers, and DC 35 continues to stand with them. I was recently elected to sit on the Somerville Wage Theft Advisory Committee to continue fighting wage theft alongside the city’s elected officials. The Wage Theft Advisory Committee will work to increase public awareness of this issue and strengthen enforcement, and the work goes hand in hand with social justice issues like the exploitation of workers and their communities. We continue to make relationships with many community groups in Somerville and other cities and towns to make sure our community standards stay at the highest quality possible and to make sure we keep out those that want to break down those standards.

Additionally, the Organizing Department has been participating in meetings with the Policy Group on Tradeswomen Issues (PGTI), the Building Trade Unions, friendly general contractors, pre-apprenticeship programs and community groups to create more work opportunities for females and apprentices in the trades. DC 35 departments and local area members have been attending all the Boston Planning & Development Agency (BPDA – formerly the BRA) community meetings. We are even working together with the Attorney General’s office and the Foundation for Fair Contracting to find ways to enforce this piece of executive order that was put into place in 2011.

Participating in many of these meetings has brought us an awareness of the community and brought DC 35 to the table with many contractors. All of these help to facilitate relationships with area general contractors – which ultimately creates more bidding opportunities for our contractors with workers that meet and exceed compliance goals and area standards.

District Council 35 is leading a first-of-its-kind public messaging campaign against Amazon. As many of you may know, Amazon is building a tremendous distribution facility in North Andover with a project value of $400,000,000. This facility, like many developments by giant corporations, was approved after a tax-deferment shakedown equivalent to over $2,400 per resident per year. Even so, no opportunity has been offered to DC 35 trades to put local people on the job.

Together with Chris Brennan, the Merrimack Valley Building Trades, and Local 391 signatory 617MediaGroup, we are engaging the public about the bad practices and potential harm Amazon brings to a local economy: from low wage jobs, to a poor safety record, to crowding out local businesses potential worse than the big box stores we’ve come to take for granted in years past.

Taking on Amazon seems like a “David and Goliath” matchup. But DC 35 has always fought above its weight class and we will never shy away from a tough fight. We will continue taking this fight against Amazon to many different areas where Amazon isn’t following area standards and continuing to hire bad actors.

On March 1, we held a large rally at the Amazon site in solidarity with the Teamsters, Ironworkers, and many other trades to state our case to the public in a very visible way. This was the culmination of a lot of work by the Merrimack Valley Building Trades Council, 617MediaGroup, our political department, our Sisters and Brothers in other trades, and our organizing department. We heard statements and speeches from elected officials, local labor movement leaders, and our own Chris Brennan. This rally was well-attended by the press, including the local Eagle-Tribune, NBC Boston, and Boston Business Journal.

WORKING IN THE WEST

In Worcester, District Council 35 is participating in banner actions against a project for Table Talk Pies in solidarity with Steelworkers Local 7 and the Worcester Building Trades. The general contractor on this massive project has hired an out-of-state contractor to perform the steel erection, while local workers in Worcester and the surrounding area continue to be left out of the booming development in the area.

All the trades are facing the same issues we are, and we will stand up with any trade that will stand up with us. So far we have increased our efforts and have reported the project to OSHA as well as the CDC for COVID-19 guideline violations. We have done the work to show the city of Worcester that the numbers just don’t add up if if they continue to allow general contractors to hire these unscrupulous contractors. The area standard will become non-existent at the cost of the taxpayer, weighing heaviest on the backs of the workers. Together, we will continue our efforts to agitate and educate for the working class.

In recent meetings with city departments, officials, and agencies, we’ve seen an evolution in how local governments are using the leverage of Tax Increment Deferments (TIFs) to achieve progressive pro-labor policy goals, even the playing field, and tamp down on bad faith actors in development. It is clear that cities and towns will continue to use TIFs to “bid” for businesses to develop in their areas. So far, however, these have been gifts given with no strings attached. We are encouraged to see officials considering throwing the weight of their TIFs for the purpose of penalizing companies that fail to meet diversity goals on their projects.

The District Council is constantly looking to give back to our communities, and we are always looking for more partnerships. Most recently, we took on a charity project in Holyoke partnering with the Harmony House. The Harmony House is a non-profit organization that helps those elders who would rather spend their final moments at a more comfortable facility than a hospital. This non-profit received donations from many different labor unions, from time to materials. The District Council and members from Local 48 and Local 257 continue to pitch in on the weekends with their personal time to finish tape and get the facility ready to paint. The Harmony House is one of only two facilities available in Massachusetts that go above and beyond to make people as comfortable as possible in their final stages.

I look forward to continuing to virtually attend important meetings like DC 35’s delegate and local union meetings, planning board meetings, IUPAT committees, community organization gatherings, and more to create change in our communities with our union.