District Council 35’s annual commencement of graduating apprentices shows enormous achievement and is one of the most exciting events of the year. In May, we witnessed 45 apprentices start the newest chapter of their lives as Journey workers. Business Manager Jeff Sullivan said it best: “Your achievement is second to none. You are the best of the best. You and your family should be as proud of you today as they would be if you were graduating from college.” Our Union and our apprenticeship program change lives. It doesn’t matter what walk of life you are on. If you have the desire to succeed and learn our trade, this union can change your life.

Unfortunately, while our union continues to do good, the Trump administration is attacking organized labor. President Trump recently proposed allowing “Industry Recognized Apprenticeship Programs” (IRAPs), which open the door to for-profit apprenticeship programs that slow workers from advancing, keep their wages low, allow completion with lower safety and competency standards, and exploit workers by allowing companies to reap the profits from their workers’ hard work. Expanding apprenticeship programs is good – but not the kind of program Trump supports. The reason our apprenticeships have been so successful is because they are regulated. The Department of Labor ensures all apprentices get a fair opportunity to advance in their trades – and that’s how it should be.

We achieved a small victory recently when the Trump Administration granted an exemption for construction apprenticeship programs, but Associated Building Contractors (ABC) has already started a lobbying campaign to remove that exemption. And ABC would undoubtedly become a major player in the IRAP system and push the unionized apprenticeships into a corner. To combat the attack on union apprenticeship programs, our International has begun a letter-writing campaign asking the Department of Labor to keep the exemption for construction. DC 35 is supporting the International in that effort.

The National Association of Corrosion Engineers (NACE) International, established in 1943, is a not-for-profit professional organization for the corrosion control industry. Its mission is to “[equip] society to protect people, assets and the environment from the adverse effects of corrosion.” As part of that effort, the NACE International Institute has introduced the new Certified Coating Applicator (CCA) certification. This new credential for Industrial Painters validates working knowledge of surface preparation, industrial coatings application, environmental conditions, and safety procedures – using professionally developed examinations that accurately measure a candidate’s proficiency.

Developed in accordance with the ISO 17024 standard, the CCA certification was built on industry-leading certification development practices and provides a third-party, quality, objective assessment and verification of an individual’s expertise.

This may sound familiar. The SSPC and the IUPAT Finishing Trades Institute have been conducting the Coatings Applicator Specialist (CAS) for many years now. CAS was developed as a joint standard with NACE and served as the gold standard for Industrial Painting. NACE has now entered the training ring. We expect their new training to be compatible with previous trainings. But in the meantime, Director of Industrial Coatings Wayne Cummings and the rest of your training department have been preparing the Brentwood, NH facility and our instructors for a new wave of training.

As apprentices, Journey workers, instructors, or craft coordinators, the training never stops. Due to the amount of training he has completed at the iFTI, Director of Health & Safety Mike Moreschi was identified as one of 14 instructors in the entire membership who was eligible for the new Master Trainer program at the International Training Center. Mike attended the training and worked tirelessly. He studied until midnight like a kid in college cramming for finals, and his hard work and dedication paid off. Because of his commitment, Mike was one of only 5 members to finish and achieve this major accomplishment. Congratulations, Mike!

Are You Thinking About Retirement by Bill McDevittNews, Newsletter: Summer '19 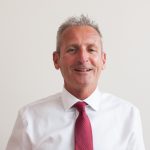 School’s Out, We’re In by Michael LaffertyNews, Newsletter: Summer '19