Holy Cross College in Worcester is in fundraising mode. They aim to raise $400 million dollars by 2020 for construction projects. They have already put the ball in motion with the Worcester Planning Board unanimously approving plans for the construction of a $92 million Performing Arts Center at the College. Construction is scheduled to begin in March or April of 2019 and to be completed in July 2021.

Andy Nally working for John Egan on the final days at the New Science Center. 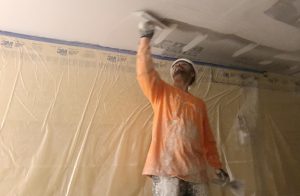 The MGM Casino in Springfield has reported that it made over $27 million in the month of September. From the looks of the crowds in October, I would say it looks good for them to repeat or surpass that amount. The success of the casino has created an opportunity for other projects in the city. The City Council has added tough new language into city contracts when developers ask for Tax Increment Financing (TIF) money on these projects. There are guidelines requiring the hiring of residents, minorities, and veterans. These guidelines give the Union Trades a better chance at landing this work. After all the work the Union Trades did reaching MGM’s goals for diversity at the Casino, the City Council has come to realize that in order for the Trades to keep local residents working, something has to be done about out-of-state contractors bringing in workers. The most direct approach to this goal was through the TIF money many developers request, so the Council came up with new language for city contracts. 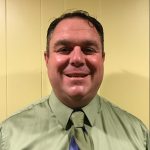 An Active Membership Makes All the Difference by Chris BrennanNews, Newsletter: Winter '18